Once a year the sleepy Atlantic port town of Essaouria in Morocco is flooded with nearly half a million tourists, most of them Moroccan. They come for the Gnawa Festival, four days where Gnawa music and culture takes center stage. Dressed in colourful robes and caps studded with cowry shells, the medina resonates like a giant calabash with the sound of krakebs (metal castanets), tbel (drums), gimbri (a three stringed bass instrument), handclaps and the voices of the Gnawa themselves.

Away from the lights and massive sound systems of the main stages, where the likes of Pharoah Sanders, Wayne Shorter and The Wailers have performed fusion music, lays a different story. Hidden amongst the labyrinth of the medina, is a small, windowless workshop that has been unofficially dubbed ‘The University of Gnawa’, where these recordings were made.

Knocking on its medieval door, you hear Maâlem Seddik call out ‘Entrez’. Inside you step over woodcarvings from the gimbris he is building. He doesn’t speak much English, and I speak even less French, so communication is limited. He plays host to an endless flow of musicians who come and sit, night and day, in the dark workshop, telling stories, playing gimbri, singing songs, eating, drinking and smoking.

Seddik passes me an old cassette tape (see track 1), which acts as a substitute for krakebs, and we sit playing for hours with a group of local musicians. A trance descends upon the room, until finally it is time to take a break.

‘Are you heading out to the festival?’ I ask, and Maâlem rolls his eyes and speaks in French to a friend who translates in to broken English for me. The festival is four days of bright flashing lights and loud speakers that vanish as quickly as they appear. The festival has become one of show biz. For Maâlem Seddik and his friends, Gnawa music is a way of life that extends far beyond the limitations of a four day festival.

The history of the Gnawa is a long and complicated one. If you believe Jimi Chaplin, a local Gnawa musician who takes his name from Jimi Hendrix and Charlie Chaplin, then the Gnawa are direct descendants of Bilal who cured the Prophet Mohammed’s daughter Fatima of an ailment by singing her a song.

Dr. Chouki El Hamel cites three important meanings for the term Gnawa; ‘Firstly it refers to black people who were enslaved in West Africa. It is commonly believed that Gnawa of Morocco were originally black slaves…who over time became free under various historical circumstances. Secondly, it defines a religious and spiritual order of a traditionally black Muslim group. The Gnawa are a mystic order which marks its exclusiveness within Islam with the spiritual components of their practice incorporating references to their origin and enslavement. Finally, it denotes the style of music associated with this order. The ancestral memory (turath) of the displaced and enslaved is preserved mainly in their songs and dances’ (1).

Central to Gnawa culture is the musical and ritualistic tradition of the lila, a rich ceremony of song, music, dance, costume and incense that takes place over the course of an entire night, ending around dawn.

Gnawa, whose ancestors were neither literate nor native speakers of Arabic, begin the lila by recalling, through song and dance, their origins; the experiences of their slave ancestors, tales of abduction, sale, separation, loneliness and ultimately redemption.

The ceremony recreates the first sacrifice and the genesis of the universe by the evocation of the seven main manifestations of divine creation. It calls the seven saints and supernatural entities (mluk, Arabic: ملوك) represented by seven colours.

The mluk are abstract entities that gather a number of jinn (genie spirits). The participants enter a trance state (jedba) in which they perform spectacular dances. Through these dances, the participants negotiate their relationships with the mluk, either placating them if they have been offended or strengthening an existing relationship.

The mluk are evoked by seven musical patterns, who set up the seven suites that form the repertoire of dance and music of the lila. During these seven suites, seven types of incense are burned and the dancers are covered by veils of seven colours.
Later, the gimbri opens the treq (“path,” Arabic: طريق), the strictly encoded sequence of the ritual repertoire of music, dances, colours and incenses, that guides the ecstatic trip across the realms of the seven mluk, until the return to ‘the common world’, at the first light of dawn (2).

The Gnawa Festival of Essaouira is on every year in May or June. Maâlem Siddik and his University of Gnawa can be found all year round.

More music to make you smile!

On August 25th, 2012  ( ( ( Out Hear ) ) ) Ah!Puch! & The West Head Project organised a soundwalk in the Royal National Park, NSW featuring Tota, a travelling Japanese shamisen player, Jim Denley an influential figure on the Australian post-jazz music scence, Peter Farrar, Dale Gorfinkel, Moniker Gronks & Lochie Bradfield. Here are some pics & a video from that day. Be sure to check  ( ( ( Out Hear ) ) ) for more soundwalks happening around Melbourne & Sydney over summer. Enjoy! 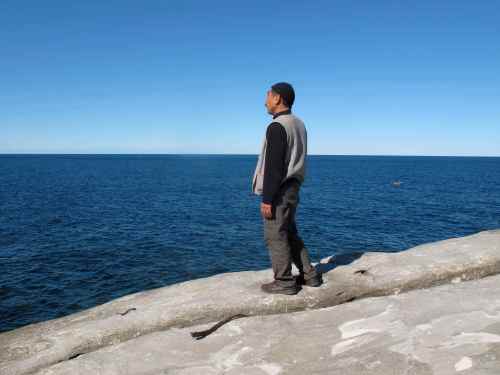 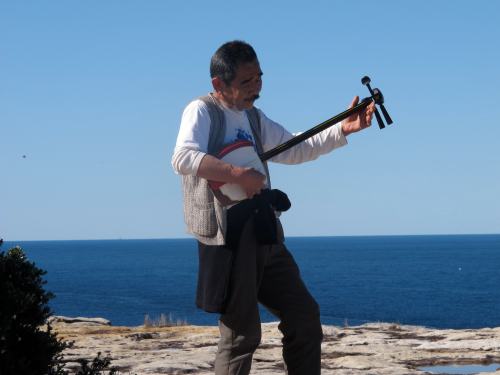 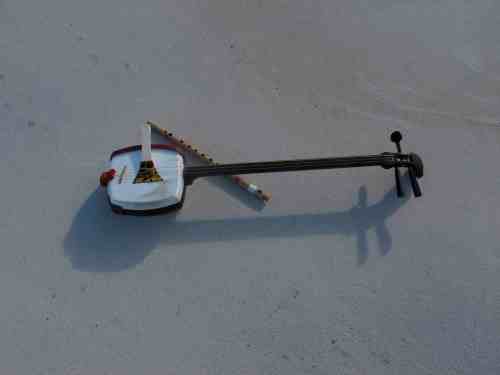 10.22 train from central station arrives cronulla 11.12
Ferry from Cronulla Ferry Wharf at 11.30am to Bundeena
Meet for the train to Cronulla from Sydney Central Train Station at 10.22am (arrives Cronulla 11.22)
45min walk to The Cobblers
Last ferry back is 6pm.

O. Land of the Free by the Carib Sea,
Our manhood we pledge to thy liberty!
No tyrants here linger, despots must flee
This tranquil haven of democracy
The blood of our sires which hallows the sod,
Brought freedom from slavery oppression’s rod,
By the might of truth and the grace of God,
No longer shall we be hewers of wood.

Arise! ye sons of the Baymen’s clan,
Put on your armour, clear the land!
Drive back the tyrants, let despots flee –
Land of the Free by the Carib Sea!

Nature has blessed thee with wealth untold,
O’er mountains and valleys where prairies roll;
Our fathers, the Baymen, valiant and bold
Drove back the invader; this heritage hold
From proud Rio Hondo to old Sarstoon,
Through coral isle, over blue lagoon;
Keep watch with the angels, the stars and moon;
For freedom comes tomorrow’s noon

Arise! ye sons of the Baymen’s clan,
Put on your armour, clear the land!
Drive back the tyrants, let despots flee –
Land of the Free by the Carib Sea!

Happy Year of the Dragon, 2012! Please excuse my extended absence!

As I said in my last post – I’ve been travelling through the USA, Mexico, Belize and Guatemala – and managed to make a few field recordings along the way for you to enjoy – including some Garifuna drummers from Belize, buskers from Mexico and perhaps a few sound walks from the USA.

You can expect more music releases, video clips, live performances and parties from Ah!Puch! in 2012.

In the meantime, here is a video from a trio of buskers in a market in Merida, in the Yucatan Peninsula, Mexico.

☮ Gone to the Americas ☮

Hello. Just a quick post to say that I am heading to the USA, Mexico, Guatemala, and perhaps as far as Costa Rica, through Nicaragua, Honduras & El Salvador. Hopefully I will make some great field recordings to bring back for you all to hear, some nice photos for you to look at, and some entertaining videos for you to watch! I also hope to meet musicians, conduct some interviews, and visit the AACM (Association for the Advancement of Creative Musicians) , who have been very influential on my thought and music.

I’ll be back in about 5 months, so until then, take care!

The third and final installment of my African Field Recordings is here – a collection of songs from 3 blind musicians living in Gaborone, Botswana. Check it out here.

Next up is an audio & video set recorded at Block 5 Primary School, in Gaborone, Botswana.

Hypnotic kids is all I can say. 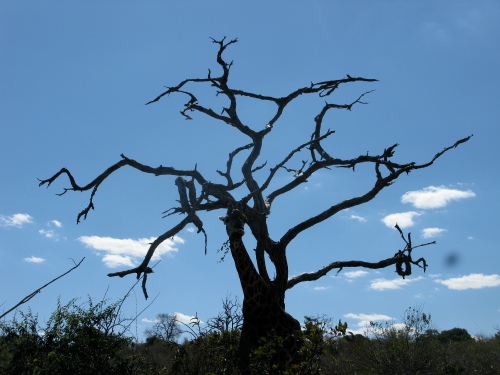 Back home in Melbourne, with recordings, video & audio from my trip to Africa.

First up is a mixed set recorded in Victoria Falls, Zimbabwe. 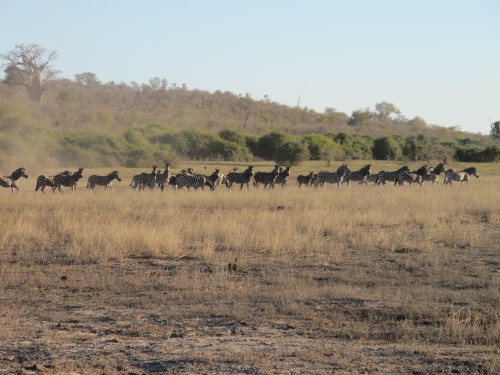 It was recorded in Victoria Falls, Zimbabwe.

I made this recording recently at St Paul’s Cathedral in Melbourne, Australia. The day was celebrating Saint Joesphine Bakhita. I am hoping the choir will be involved with the upcoming Compilation, however at this stage it is uncertain.

Below is a biography of Saint Bakhita that was included in the afternoon’s proceedings. 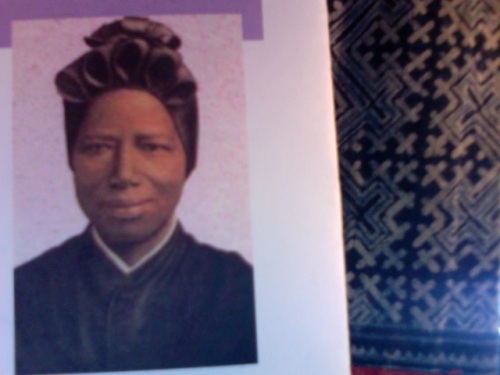 Born is 1869, she spent the first 7 years of her life in Al-Qoz, Darfur. One day, she strayed outside the village and was kidnapped by slave traders. So traumatised, she forgot her own name so they called her ‘Bakhita’ – Arabic for ‘The Fortunate One’.

As a slave she was sold from one master to another and she suffered terrible degradations at their hands. However she demonstrated ‘an inborn goodness and gentility’ that protected her virtue. She was eventually sold to an Italian Consol who took her to Italy and gave her to the Michieli family, where she nursed their young daughter for 3 years. While Michieli was setting up a business in Sudan, his wife, Mara Turina, returned to Italy to clean up affairs. This took longer than expected and, during a temporary visit to Sudan, Maria left her daughter and Bakhita in the care of the Conossian Sisters. It was during this time that Bakhita developed the desire to become a Catholic. When it came time to return to Sudan Bakhita flatly refused, wanting to stay and finish her catechesis. As the same time her legal status was before the courts and it was eventually determined that because slavery did not exist in Italy. Bakhita could not be forced to return to Sudan with the Michieli family.